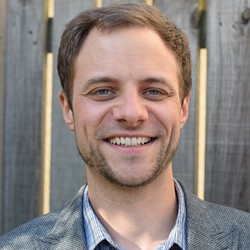 I am a Senior Lecturer in International Relations in the School of Government & Public Policy and Chancellor’s Fellow in the Center for Energy Policy at the University of Strathclyde. I am also a Fellow at the Initiative for Sustainable Energy Policy (ISEP), Johns Hopkins School of Advanced International Studies (SAIS) and Associated Researcher at the Centre for the Political Economy of Reforms at the University of Mannheim.

My work was published, among others, in the Journal of Politics, the Journal of Conflict Resolution, Energy Economics, PNAS, and Science Advances. My book on Escaping the Energy Poverty Trap was published with MIT Press in 2018 and offers the first comprehensive political science account of energy poverty. I have written for The Washington Post‘s Monkey Cage, VoxDev, and ISEP. My work has been covered by The Economist.

My contact details can be found in my CV here.

EUSED provides CO2 emissions for 33 countries (EU ETS member countries plus Switzerland and Turkey), disaggregated into 7 sectors which are matched between UNFCCC sectors (CRF) and EU ETS activities, 1990-2016. The data is available from Harvard Dataverse or can be downloaded here. Please read the codebook before using the data.

A common argument in the international relations literature is that multilateral agreements either set ambitious policies and include few states, or they include many states at the expense of lax policies. This conclusion derives from a simple model that captures an important aspect of multilateral agreements: the trade-off between breadth and depth. However, the focus on this trade-off overlooks the cost of staying out. In cooperation problems, such as climate change, in which the cost of non-cooperation increases over time, ignoring this cost renders our understanding of multilateral agreements incomplete. In my game-theoretic model, I capture this aspect by allowing countries, with heterogeneous ideal points, to also vary in their noncooperation cost. Substantively, variation in this cost parameter could come from countries’ higher exposure to negative externalities or domestic opposition to non-cooperation. In such a setup, I can show that broad treaties can be sustained even for deep commitments when staying out is expensive. This result has two important implications for IR scholarship and the breadth depth trade-off literature in particular. First, as the distribution of non-cooperation costs across countries differs by issue, the breadth-depth trade-off must necessarily be issue-specific, too—an insight that is currently overlooked. Second, empirical models of treaty participation that ignore non-cooperation cost are likely misspecified due to omitted variable bias.

Economic Competition and Environmental Regulation of Foreign Firms: The Power of the Relocation Threat

A central claim in the literature on economic competition and environmental regulation is that governments are expected to respond to economic competition by lowering environmental standards. Governments do so over fear that firms move abroad in the face of stringent regulation. Recognizing that firms differ in how likely they are to relocate, this paper advances a political theory of regulating different types of firms in a globalized world economy. I argue that relative to domestic producers foreign firms’ relocation threats are more credible, resulting in more favorable regulation. Drawing on an original, installation-level data set, I find that foreign-owned installations in EU carbon markets receive more valuable permits for free. Additional tests and qualitative evidence underscore the plausibility of the proposed relocation mechanism. These results extend research on economic competition and environmental regulation beyond classical command-and-control regulation and highlight the importance of firm heterogeneity in international regulatory politics.